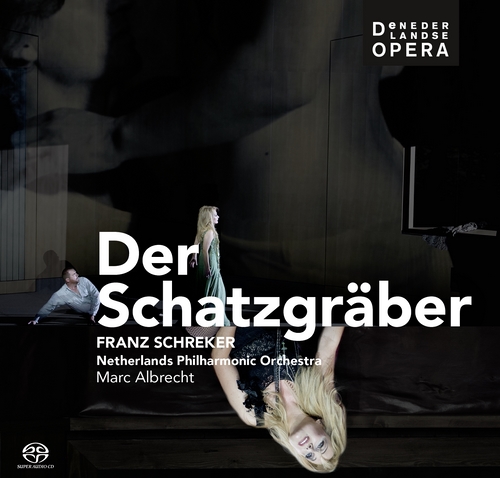 Franz Schreker (1878-1934, austrian composer) was born in Monaco and grew up during travels across half of Europe and, after the early death of his father, the family moved to Vienna (1888) where in 1892, with the help of a scholarship, Schreker entered the Vienna Conservatory. Starting with violin studies, with Sigismund Bachrich and Arnold Rosé, he moved into the composition class of Robert Fuchs, graduating as a composer in 1900.

Schreker is well known for his operas and worte the libretto and composed his opera "Der Schatzgräber" after the great success of "Der ferne Klang" (1912) and "Die Gezeichneten" (1918). "Der Schatzgräber", questioning the value of materialism versus love, was to prove particularly powerful in post-War Europe. After the Frankfurt premiere in January 1920, productions popped up in major cities across the continent and Schreker became one of the most performed composers of his generation. While his biggest competition Richard Strauss and Hugo von Hofmannsthal had pursued a similar path in the overtly Wagnerian "Die Frau ohne Schatten" – which opened in Vienna on 10 October 1919 – their ‘last Romantic opera’ lacked Schreker’s allegorical punch. Strauss retreated further into Gemütlichkeit, while Schreker continued to wrestle with the dilemma of being an artist in the modern world.