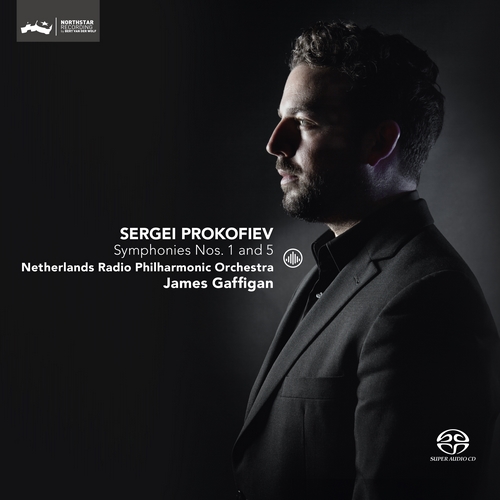 Symphony No. 1, Op. 25
Symphony No. 5, Op. 100
The image Sergei Prokofiev seems to project, particularly when it comes to the music he wrote while living in the West from 1914 to 1935, is one of a joker and an agitator, yet a classical composer at the core. This double identity can be heard even in his earliest works, mostly for piano, written before 1914, and was sealed with his ‘Classical’ Symphony in 1917. The subtitle is the composer’s own. Indeed, Prokofiev stated, ‘I wanted to write a symphony that Haydn or Mozart would have written had they lived in the twentieth century.’ Symphony No. 5: Prokofiev wrote the work in the Soviet Union in 1944, when the Nazis were increasingly losing ground but had certainly not yet been defeated. Although the symphony lacks a programme per se, it is undeniably a depiction of war and victory. Heroism is always tinged with the tragedy inherent in war (and vice versa), and the grand gesture is both sincere and theatrical.
Recording: 8-11 June 2015 (Symphony No. 1), 10-14 June 2014 (Symphony No. 5), Studio 5, MCO, Hilversum, The Netherlands