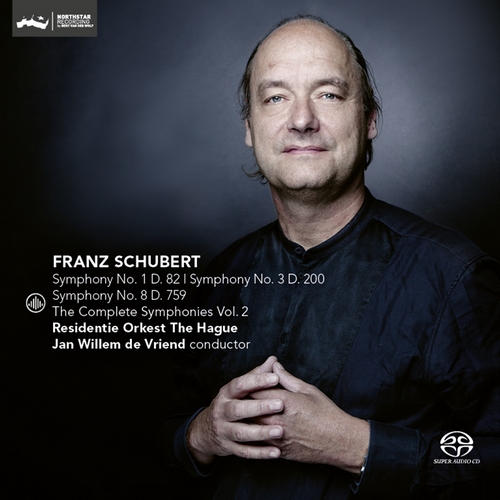 Schubert composed his Third Symphony over a period of about two months, completing the work in July 1815. The Third Symphony is generally characterised by an increased rhythmic intensity, at times bordering on obsession. We may well think of Schubert primarily as a wonderful melodist, but driving, sometimes overpowering rhythm is just as strong a feature of many of his greatest works.

The question of why Schubert left this B minor symphony unfinished has continued to exercise scholars. The most convincing explanation is that he simply found himself unable to continue on the same exalted level and resigned himself to leaving the symphony as it was – two movements of breath-taking quality and imagination. There is no evidence that he ever wished, in his remaining six years, to return to the work, or that he regarded it as “unfinished”. Beethoven's influence on the historic development of the symphony was staggering. His own examples, widening the expressive range of the genre, opened up a new world. Against this background, Schubert conceived a work of much greater poetry, drama and profundity than he had attempted in his previous symphonies.

Over-familiarity may well have blunted our appreciation of this symphony, which is strikingly original from almost every aspect. Apart from the concentrated, expressive quality, there is also a greatly enhanced sense of tone-colour, with much richer sonorities, and a new spaciousness.
Recording location: No. 1 - Zuiderstrandtheater, The Hague, The Netherlands