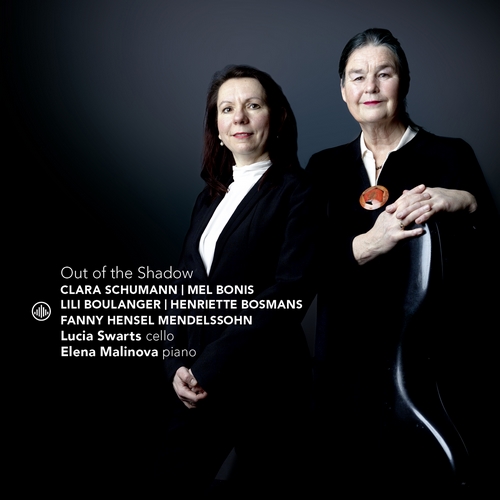 Schumann / Boulanger / Bosmans: Out of the Shadow

Through the ages, female composers encountered considerable difficulties, often with fewer opportunities, support and education, even when they were members of the upper social classes. They were not in a position to enjoy worldwide fame, but several of them accomplished a great deal.

Strong women, in other words.

I have chosen from the works of five special women for this CD. Five women with eventful lives who deserve a podium because of their musical qualities. Two Germans – Fanny Mendelssohn and Clara Wieck – both trained in the classic Romantic school, and two French women, Melanie Bonis and Lili Boulanger; Melanie, also a classic Romantic composer in style and Lili, impressionist and exotic. Finally the Dutch composer Henriette Bosmans, whose parents influenced her in the German Romantic style but whose own interests wandered eagerly towards the French Impressionists in an ongoing quest for her own independent compositional method.
Recorded at Philharmonie Haarlem, Haarlem, the Netherlands, 7-9 July 2021. Instrumentarium: Cello: Johannes Cuypers 1763, Den Haag; Piano: Steinway (tuning by Maene).