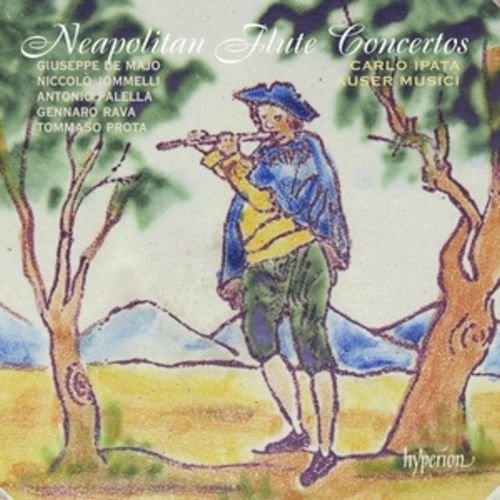 Rava:
Flute Concerto in B minor

Palella:
Flute Concerto No 2 in G major
Auser Musici’s recordings for Hyperion have been praised for their stylish period-instrument charm and lithe, flexible,

elegant sound. They have rediscovered many hidden gems of the Italian baroque repertoire. Works featuring the flute

are something of a speciality of the ensemble and their disc of Boccherini Flute Quintets was highly acclaimed. The

Previously concentrating on music of Tuscan origin, Auser Musici now turns to 18th century Naples. The city at this

period was an extraordinarily fecund artistic crucible, with many commissioning opportunities for young composers.

the achievements of Neapolitan music in the first half of the eighteenth century; and the startling quality of the music

demonstrates the richness of the artistic life of the age.