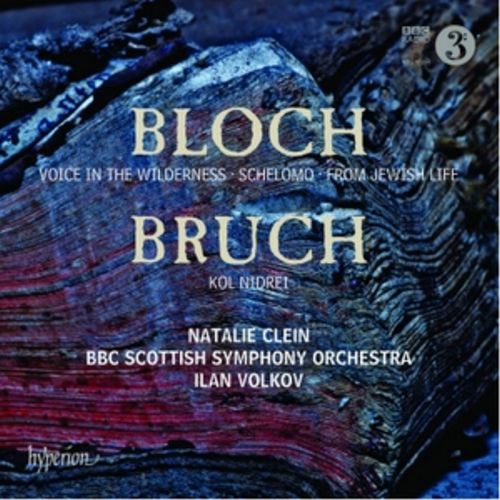 Bloch:
Schelomo
From Jewish Life arranged for cello, strings and harp by Christopher Palmer (1946–1995)
Voice in the Wilderness

Bruch:
Kol Nidrei Op 47
A dazzling orchestral disc of music from the Jewish tradition of the late-nineteenth and early-twentieth centuries. Bruch’s Kol Nidrei is one of the most well-loved works in the cello repertoire. The descending opening phrase of the cello line is instantly recognizable: a universal, extraordinarily expressive utterance.

The main part of the disc comprises the works for cello and orchestra by Ernest Bloch, all part of his ‘Jewish cycle’. The most celebrated is Schelomo, a work inspired by passages from Ecclesiastes, where the cello, playing a deeply lyric and speaking line of prodigious technical difficulty, can be seen as ‘the incarnation of King Solomon’, as Bloch himself wrote. The other large-scale work for cello and orchestra, Voice in the Wilderness, is of a darker hue. Both works reveal a composer whose works should be firmly in the canon of twentieth-century symphonic writing.

The cellist here is Natalie Clein, a celebrated figure in British musical life since winning BBC Young Musician of the Year in 1995 and now a formidable artist, possessed of great musical, technical and intellectual gifts. ZOLTÁN