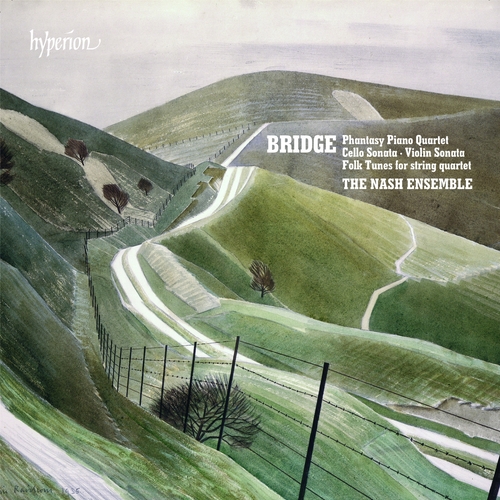 Bridge is best known through his most famous pupil, Benjamin Britten, who recognized his teacher’s genius and frequently programmed his works. The Phantasy Piano Quartet, completed in June 1910,reveals Bridge’s early style at its most ?uent. Writing in the 1948Aldeburgh Festival programme book, Benjamin Britten revealed the essence of this work perfectly: ‘Sonorous yet lucid, with clear, clean lines, grateful to listen to and to play.It is the music of a practical musician, brought up in German orthodoxy, but who loved French romanticism and conception of sound Brahms happily tempered with Fauré.’

In his later works,represented here by the Cello Sonata and Violin Sonata, Bridge made use of more angular melodies, and seemed in?uenced by contemporary trends in Europe, much to the dismay of critics at home. Britten staunchly defended Bridge and writes about ‘the invariable fascination of the sound; the conversational melodies can be dif?cult to recognize, but the drama and tensions easy to feel’.

Also included are folk-song arrangements in which Bridge absorbs the material into his musical fabric, taking creative ownership of the melodies.