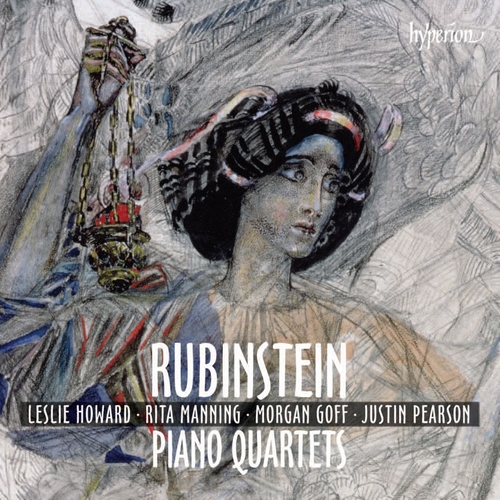 Piano Quartet F Dur
Piano Quartet C Dur
Pianist Leslie Howard is acclaimed as ‘a virtuoso in the true Romantic style with its emphasis on musicality as much as bravura’ (The Guardian). He is joined here by three of his frequent string collaborators for two forgotten masterpieces of the Russian nineteenth-century chamber music tradition by renowned pianist-composer Anton Rubinstein. In recent years there has been something of a revival of Rubinstein’s music, but previously it had fallen into total neglect outside Russia from around the early 1920s. However in his day Rubinstein was a hugely important figure: the first international professional Russian composer. His influence is almost incalculably vast on the succeeding generations of Russians who benefited from his grasp of Western musical forms allied to an excellence of craftsmanship and an easy melodic fluency. Although a thoroughly cosmopolitan composer, Rubinstein could also incorporate the occasional Russian folk-song or an echo of Russian church music. The Piano Quartet in F major was dedicated to Berthold Damcke, the music critic who had championed Rubinstein during the late 1850s in the public argument fomented by the composer and critic Aleksandr Serov, whose printed taunts of Rubinstein and his non-nationalistic style seem largely to have been fuelled by anti-Semitism. The Piano Quartet in C major was one of Rubinstein’s most popular works in its day.