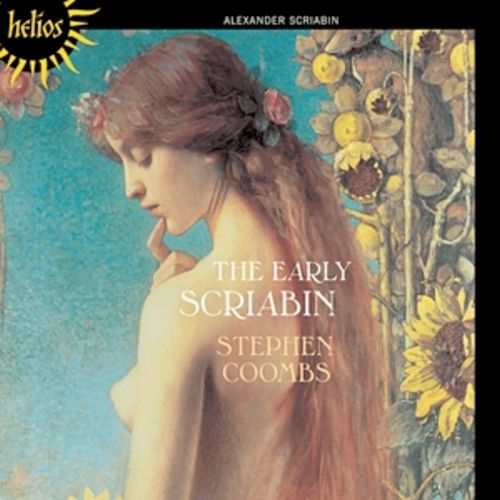 Lovers of Scriabin's exotic, perfumed piano music, can not be without this disc. It conveniently collects all of Scriabin's early piano works that don't form part of a larger genre group (such as the complete preludes, already available on CDA67157/8, the complete études, CDA66607, or the complete sonatas, CDA67131/2). The largest work is, in fact, a piano sonata, but one that Scriabin abandoned as his musical language was developing so rapidly. He reworked the first movement to form the Allegro appassionato Op 4, and much of the rest of the work was lost for many years. It re-surfaced in 1970, and here it is played in a completion by Stephen Coombs himself. There are also attractive juvenile miniatures, and more mature works such as the two pieces for the left hand Op 9, and two Nocturnes Op 5; and, fascinatingly, an early version of the well-known Etude in D sharp minor Op 8 No 12 (the virtuoso work made famous by Horowitz and others). Stephen Coombs has already shown himself to be a stylish advocate of neglected Russian repertoire, and here he brings all his musicianship and idiomatic affinity to create an inspiring and illuminating disc. This is a must for those interested in the development of the uniquely individual composer. It goes some way to providing an answer to Stravinsky's exclamation: "Scriabin … where does he come from; and who are his forebears?".

'A programme of fascinating rarities played with a touching sensitivity and affection … This record is a most impressive achievement, as beautiful in sound as it is endlessly thought-provoking' (Gramophone)