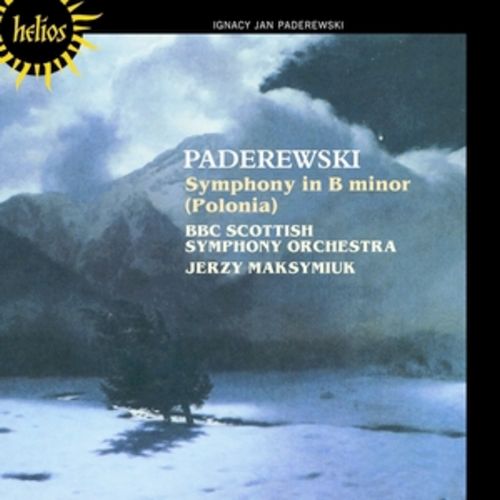 Paderewski: Symphony in B minor (Polonia)

Paderewski:
Symphony in B minor (Polonia) Op 24
Paderewski's sole symphonic essay, completed in 1909, is one of his last works, completed before taking up the political career which culminated in his becoming Poland's Prime Minister. The Symphony is an archetypal late-Romantic specimen, strongly nationalistic in intent and expression. It's a big work in three movements, over 70 minutes in duration, and this is the first complete Western recording of it. (An earlier one available many years ago on LP was drastically cut.) The language is sombre and intense, the sonorities individual. (Paderewski asks for three sarrusophones in the first movement; they were somewhat difficult to assemble for the recording!)

'Utterly original and well worth investigation' (The Sunday Times)

'A performance of eloquence and dashing commitment. The recording is resplendent' (Gramophone)

'A stupendous undertaking by all concerned, a committed and fervent account with truly prodigious playing by the Scots and sound that simply beggars description' (American Record Guide)