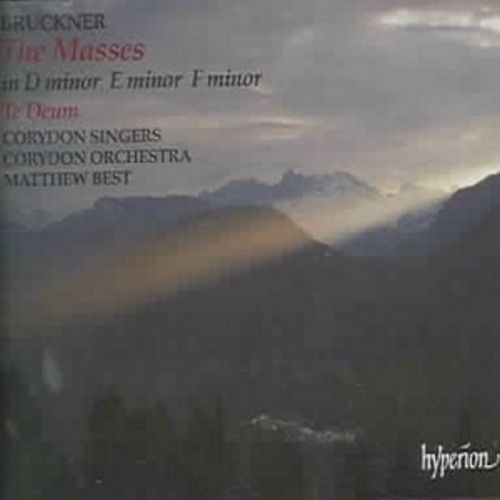 Te Deum
Mass No 1 in D minor
Aequalis No 1
Libera me
Aequalis No 2
Mass No 2 in E minor
Mass No 3 in F minor
Psalm 150 Hallelujah! Lobet den Herrn in seinem Heiligtum
This set was reissued to mark 100 years since the death of Anton Bruckner. Of the E minor Mass The Sunday Times commented ‘One of the most beautiful recordings of a choral masterpiece I have ever heard’; the F minor was welcomed as ‘Quite magnificent’ by Gramophone and the D minor and Te Deum recordings were described quite simply as ‘Stunning’ by Gramophone.

'For any listeners who missed out these individual issues the first time out, this compendium will fill an important gap. Under-performed and highly worthy music is awarded knowing performances' (The American Organist)

'If the power of music were to be assessed by its ability to send shivers down your spine, then this piece [Te Deum], and this particular recording of it, would score 12 on a scale of 10 every time' (Cross Rhythms)