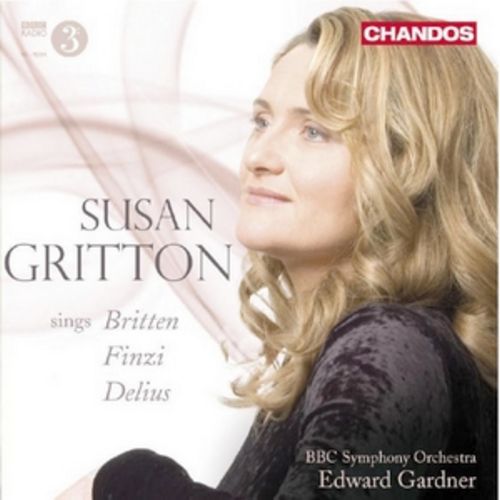 Delius:
A Late Lark
One of Britain"s leading lyric sopranos, Susan Gritton here performs a unique programme of works by three English composers, with the BBC Symphony Orchestra under Edward Gardner, ENO"s Musical Director. The quintessence of Finzi, Dies natalis sets texts by the seventeenth-century poet Thomas Traherne, which reflect the joy and wonder of a newborn child"s innocent perspective on the world. The richly textured, resourceful string writing and the long melodic lines are hallmarks of Finzi"s style. The subtle inflections of the word-setting and lyricism have attracted many leading vocalists both in concert and on disc. Although particularly associated with the tenor voice, Dies natalis was premiered, and is increasingly performed by, sopranos. This premiere recording of the version of Delius"s A Late Lark for soprano voice is currently the only available recording of the work. A setting of W.E. Henley"s poem „I.M. Margarita Sorori", it offers a lovely lyrical reflection of the serene acceptance of death and is especially poignant as it was one of Delius"s last works. Eric Fenby, Delius"s friend and amanuensis, recalls that one day after he had read the poem through to Delius, „and had finished playing his setting, [Delius] said, “Yes, that is how I want to go.”" Susan Gritton, who also appears on Chandos" Grammy Award© winning Paul Bunyan, here includes the Quatre Chansons françaises, the most significant work of Britten"s juvenilia. The songs, to texts by Verlaine and Hugo, were composed between June and August 1928 when Britten was a mere fourteen, and demonstrate the flair for instrumental colour that was to become the hallmark of the mature composer. The album is completed by the later song cycle Les Illuminations, which offers a further development in his exploration of the orchestral song cycle, a genre that he was to make very much his own during his career.