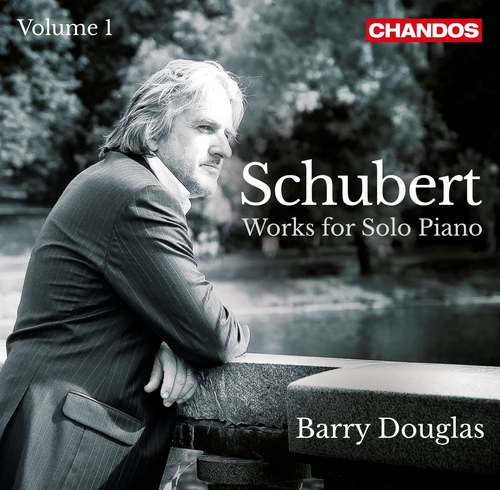 The ‘Wanderer’ Fantasy draws material from Schubert’s song ‘Der Wanderer’, a setting of a poem about an alienated traveller whom fate dealt a wretched hand and who sees himself ‘a stranger everywhere’. The fantasy genre allowed Schubert freedom from conventional formal structures and the ‘Wanderer’ Fantasy is unpredictable and extrovert. The Sonata in B flat on the other hand is a much more inward-looking piece. Unlike many other pieces by Schubert it bears no dedication to a particular performer and was likely written purely for his private satisfaction. Composed in 1828, it is one of his so-called three ‘Last Sonatas’, works considered among his most important masterpieces. Completing the disc are transcriptions by Liszt of two contrasting songs by Schubert. Liszt preserves Schubert’s vocal line and a sense of religious devotion in Du bist die Ruh, and under Liszt’s treatment Ungeduld becomes a vehicle for speed and agility.