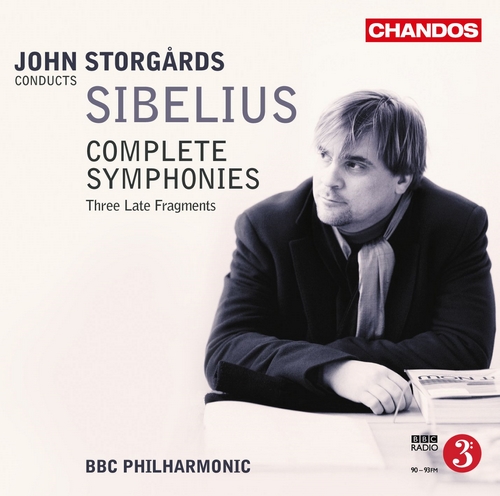 The triumphant premieres of Symphonies Nos 1 and 2, with their big tunes and great romantic sweep, established the international reputation of Sibelius as a symphonist, some audiences even considering him Beethoven’s natural successor. The symphonies that followed chart Sibelius’s development as one of the most individual composers of the early twentieth century. Each symphony has its unique approach, whether it be the classicism of the Third, the brooding modernism of the Fourth, or the icy stillness of the Sixth, so evocative of the Finnish landscape. The Symphony No. 7 in C major represents Sibelius’s greatest achievement in the symphonic form. In it he compresses the grand emotional sweep of a symphony into one startlingly original movement lasting little over twenty minutes.

Illness prevented Sibelius from completing any major works in the last thirty years of his life. Manuscripts show, however, that he never stopped composing. Recorded here are three orchestral fragments prepared by Timo Virtanen from late sketches thought to be for Sibelius’s legendary ‘lost’ 8th Symphony, destroyed by the composer in 1945. They offer a fascinating glimpse into the composer’s creative imagination during a time when impaired health inhibited Sibelius from realising his rich musical visions.