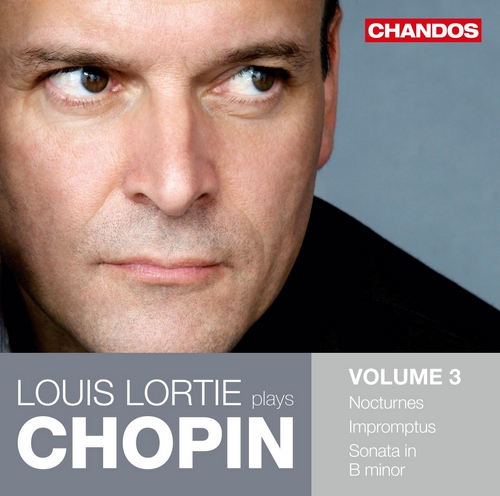 Of all the Impromptus, the first and most famous was actually withdrawn from the public during Chopin’s lifetime. Published posthumously as Fantaisie-Impromptu, it set the mould for the unpretentious pieces that followed, all striving more toward casual entertainment than high artistic expression. The third and last of Chopin’s Piano Sonatas, Op. 58 in B minor was composed in 1845. While its four-movement design reflects a traditional approach, the appearance of imitative counterpoint, chromatic harmonies, and heightened rhythmic tension mark it as an inspired masterwork of Chopin’s late creative period.

Lortie’s previous two volumes have received extremely high praise, the magazine Pianist claiming of Vol. 2 that ‘his selected nocturnes are probably not bettered by any living pianist’.