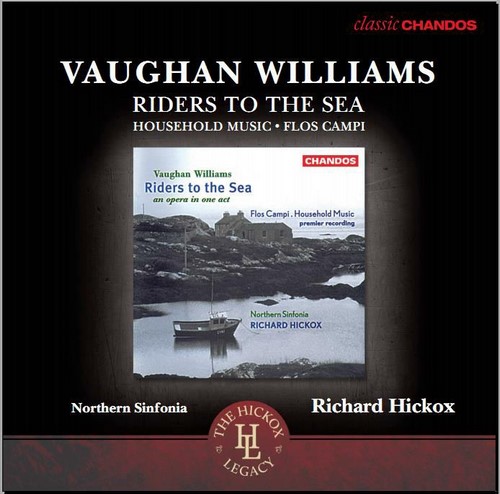 Riders to the Sea*
Household Music
Flos Campi†
As he proved with his recording of A London Symphony – Record of the Year, Gramophone Awards 2001 – Richard Hickox was a Vaughan Williams specialist. This reissue of an original 1995 recording features such lesser-known works from the composer as Household Music and Flos Campi.

Alternating between the passionate and the tortured, between long-breathed lyricism and moments of obvious pain, Flos Campi has never really found itself in the mainstream concert repertoire, maybe because of its title, misleadingly suggesting jolly music. Household Music has equally suffered from its title, rather an off-hand one for pieces that at their best show the composer’s brilliance as an arranger.

Riders to the Sea, however, is a masterpiece, seen as the finest as well as the most concentrated of Vaughan Williams’s works for the stage, conjuring up multiple layers of emotional response to the natural world, a losing battle with the sea, and the God which rules it, for the islanders in the North Atlantic.
Re-released from CHAN 9392