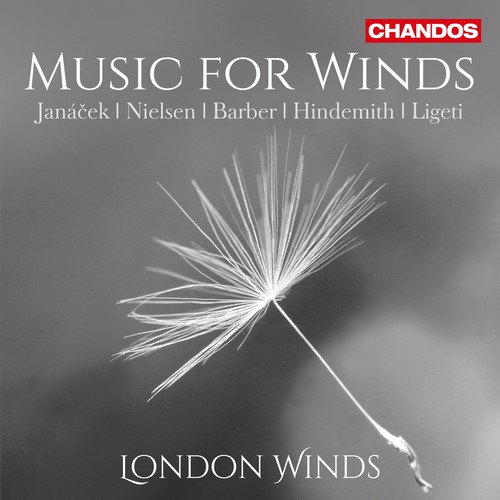 It features music by Hindemith, Nielsen, and Janáček, and, from the next generation, Barber and Ligeti. Although not equally prolific (Kleine Kammermusik is Hindemith’s single contribution to that genre while winds are generally more prominent in Nielsen’s music), all these composers brought the wind repertoire back to prominence, after a quiet period of more than a century. The music is full of playfulness and European folk colours.

A stunning combination of virtuoso players who also enjoy active solo careers, the ensemble London Winds is renowned for its technical brilliance, interpretative vision, and joie de vivre. Founded in 1988 by the British clarinettist Michael Collins, the group rapidly became one of the world’s most prominent chamber ensembles.