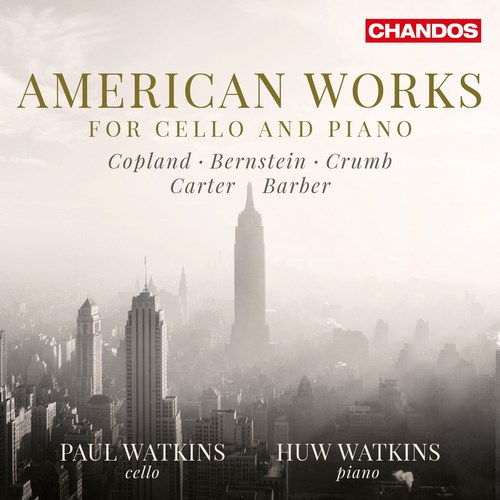 the American contribution to this repertoire. The music spans a fascinating period of some four decades of intensive

compositional activity in the United-States. The earliest piece in the collection, Barber’s Cello Sonata (1932), was for many

years considered as the only modern work in the genre. It is imbued with an intensely romantic spirit utterly different from the

folk-tinged nationalism of contemporaneous music by Copland, represented here by arrangements of two numbers from his

idiosyncratic Sonata for Solo Cello are worlds apart from the traditional vein of Barber piece. The works marked watershed

moments in the stylistic development of two of the most imaginative and distinctive creative voices of their time. Lastly, the

‘Meditations’ offer a contrast between searing melancholy and moments of jazzy dynamism, typical of Bernstein’s stylistic