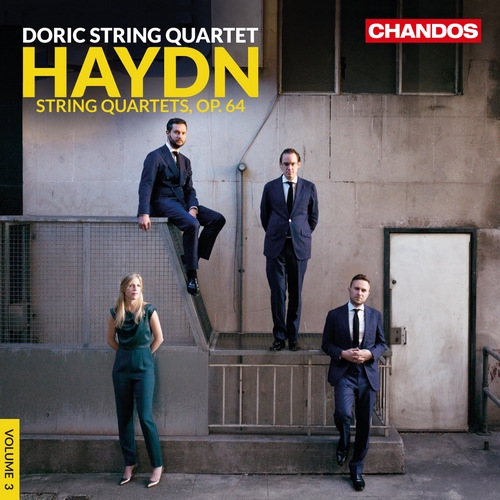 The Op. 64 Quartets date from a time of great change for Haydn, compared with the previously recorded Op. 20 and Op. 76. Not only was Haydn preparing for the greatest adventure of his life – what would turn out to be the first of two trips to London – at the time of their composition, in 1790, but they also appeared under a new publisher, Leopold Kozeluch’s firm Magazin de musique.

Marked throughout by the virtuosity of the Doric String Quartet, the rhythmic energy as well as the poetic tenderness of the players, this recording showcases a highly characteristic side of Haydn’s music, the inexhaustible versatility and constant unpredictability of the materials.
Recording: Potton Hall, Dunwich, Suffolk; 5 – 7 May 2017 (String Quartets, Op. 64 Nos 3 – 5) and 23 – 25 October 2017 (other works)