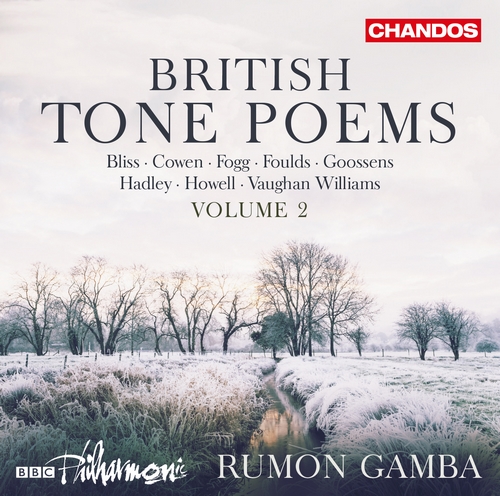 Dating from 1903 to 1932, these works show the remarkable variety of compositional styles in Britain during that period. Owing to its strong rhythmic elements, Melée fantasque pre-echoes Bliss’s later ballet scores. Vaughan Williams’s Harnham Down, inspired by the Wiltshire countryside, is one of many works reflecting the British landscape (along with Goossens’s By the Tarn, Foulds’s April-England, and Hadley’s Kinder Scout). Not every composer’s inspiration was local or nationalistic though: Dorothy Howell’s Lamia, based on the eponymous poem by Keats, retelling Greek myth, caused such a sensation at its premiere at the Proms that it was repeated three days later! Eric Fogg’s Merok is based on a Norwegian folk tune, and named after a village at the head of the Geiranger Fjord.
Recording: MediaCityUK, Salford, Manchester; 31 January and 1 February 2019