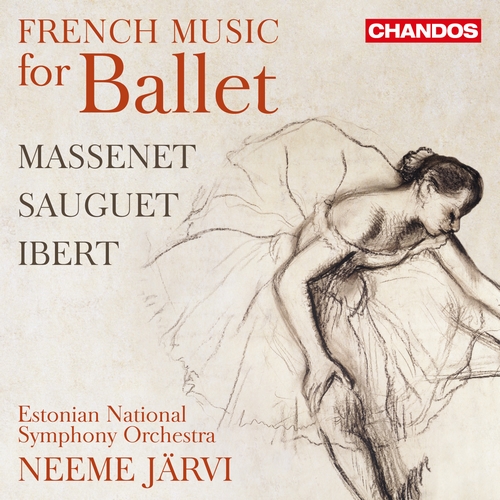 Sauguet studied composition with Canteloube and Koechlin. He wrote in a variety of genres, notably for radio and for film, but his ballet scores – more than twenty of them – were central to his output. Les Forains, (‘The Showfolk’), was first performed at the Théâtre des Champs-Élysées in March 1945. The cast was led by the work’s brilliant young choreographer, Roland Petit, and conducted by André Cluytens. Sauget’s wide-ranging influences, notably the orchestration of Richard Strauss as well as the works of Satie and les Six, give his work a flowing, openly melodic style that is immediately appealing and full of wit and charm.

Following the success of Les Forains, and the formal establishment in October 1945 of Les Ballets des Champs-Élysées, Roland Petit and Boris Kochno devised a number of new ballets for the company. One of these was Ibert’s Les Amours de Jupiter, premiered on 9 March 1946 with a cast led by Petit himself as Jupiter.
Recording: Estonia Concert Hall, Tallinn; 30 and 31 May 2018 (Les Amours de Jupiter), 31 May and 1 June 2018 (Ballet Suite from Hérodiade), & 1, 4, and 5 June 2018 (Les Forains)