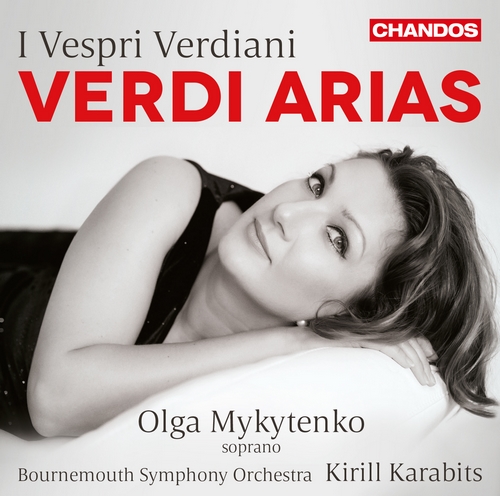 For this her debut album for Chandos, she brings her interpretations of many of Verdi’s greatest soprano roles from the stage into the studio. Her programme also spans the majority of Verdi’s operatic output, from Ernani (Elvira) via Macbeth (Lady Macbeth) through to I vespri siciliani (Elena) and of course taking in Violetta (La traviata), among many others, along the way.

Accompanied by her compatriot Kirill Karabits and the thrillingly sympathetic Bournemouth Symphony Orchestra, this recital is a vocal and musical tour de force.
Recording: 02 Guildhall, Southampton; 19 – 23 May 2019