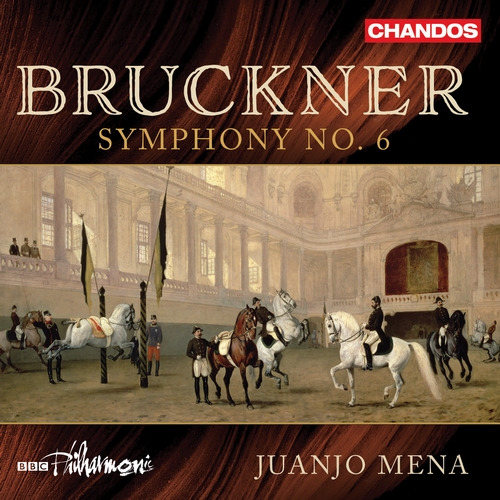 Symphony No. 6 in A major, WAB 106
(1879 – 81)
Edited by Leopold Nowak
Considered by some to be the ‘Cinderella’ of his symphonies, the Sixth Symphony of Anton Bruckner was composed in 1879 – 81. It may well demonstrate a reaction to the severe criticism of the first Viennese performance, in 1877, of his Third Symphony, which Eduard Hanslick described as ‘a vision of how Beethoven’s Ninth befriends Wagner’s Walküre and ends up being trampled under her horses’ hoofs’. Much the shortest of his mature symphonies, the Sixth also reverts to a more classical form than its predecessors.

This recording was made in 2012, during the first season of Juanjo Mena as Chief Conductor of the BBC Philharmonic, and just a month before their acclaimed performance of the work at the BBC Proms. Classical Source commented: ‘Mena didn’t miss a trick and the result for the whole symphony was a revelation, and you don’t get many of those. This was a thrilling, delightful performance.’
Recording: MediaCityUK, Salford, Manchester; 10 and 11 July 2012