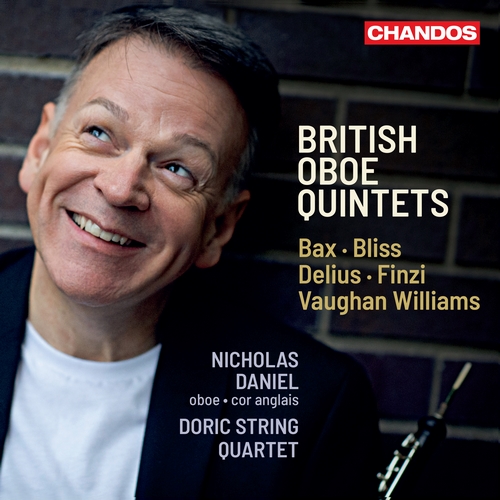 Frederick Delius:
Two Interludes from ‘Fennimore and Gerda’
The legendary British oboist Leon Goossens inspired all the composers represented on this recording, and all but one of the pieces were written for his oboe, on which he premiered the works by Delius, Bax, Bliss, and Finzi. The piece by Vaughan Williams is arranged for cor anglais, but it was on his own precious instrument that Goossens would premiere Vaughan Williams’s Oboe Concerto, in 1944.

Nicholas Daniel has, with special permission from Goossens’s daughter Jennie, recorded Delius’s Two Interludes on Goossens’s (now 110-year-old) oboe, rather than his own modern oboe, and contributes a fascinating booklet note on the influence and experience of playing this instrument.
Recording: Potton Hall, Dunwich, Suffolk; 17 – 19 October 2020.