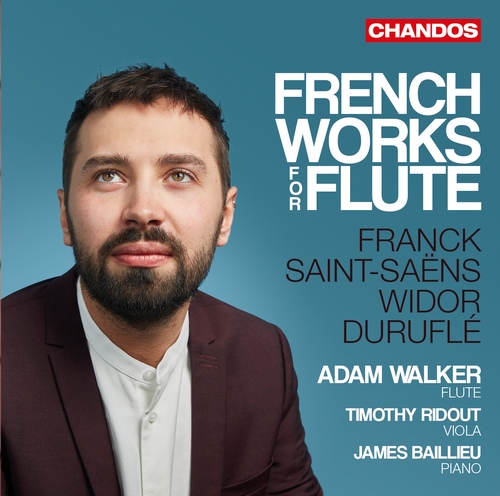 At the forefront of a new generation of wind soloists, Adam Walker was appointed principal flute of the London Symphony Orchestra in 2009 at the age of twenty-one. In 2010 he won a Borletti-Buitoni Trust Fellowship Award and was shortlisted for the Royal Philharmonic Society Outstanding Young Artist Award. He is visiting professor at the Royal College of Music.

Judged by The Daily Telegraph to be ‘in a class of his own’, James Baillieu is one of the leading chamber pianists and accompanists of his generation.