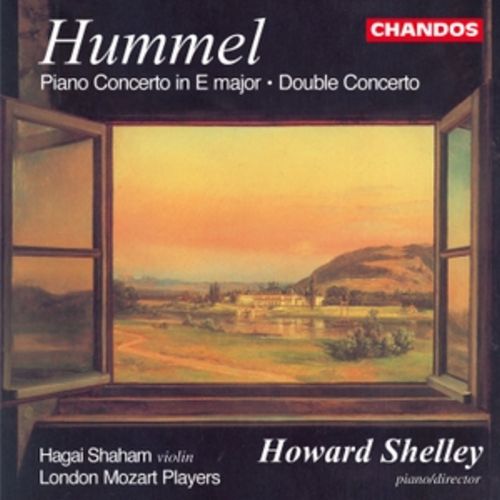 Piano Concerto No. 4, Op. 110
Concerto for Piano and Violin, Op. 17
Johann Nepomuk Hummel was born in Bratislava in 1778 but moved to Vienna at the age of eight by which time he was already a precociously accomplished musician. So impressed was Mozart by his talent that he gave him free tuition and for a time even board and lodging. On Mozart’s advice Hummel and his father embarked on a fiveyear concert tour of Northern Europe and Britain in the course of which they stayed in London where Hummel may have had lessons with Clementi.

Back in Vienna in 1793, Hummel continued his studies. Among his teachers was Haydn, from whom he eventually took over the position of Konzertmeister to Prince Nicholas Esterházy. Later he held similar positions at Stuttgart and Weimar though amazingly, for much of the time from 1814 onwards he also managed to resume and pursue his international career as a solo pianist. He seems to have possessed keen business instincts as well as abundant energy.
St Silas The Martyr, Kentish Town, London 1-2 April 1998