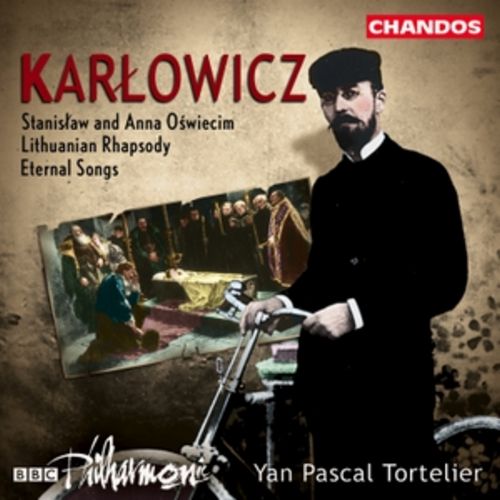 Mieczyslaw Karlowicz’s reputation rests upon five symphonic poems composed between 1903 and 1908. A sixth poem was completed from sketches, following his death in a skiing accident in February 1909, by the composer and conductor Grzegorz Fitelberg. Karlowicz avoided the hackneyed nationalism which had become almost obligatory for Polish composers in the final years of the nineteenth century. Instead he forged a characteristically melancholy, late-romantic idiom which reflected the influences of his cosmopolitan upbringing and, indirectly, his admiration for the music of Bruckner, Grieg, Richard Strauss, Tchaikovsky and Wagner.

…a must-hear experience for any admirer of late Romanticism.