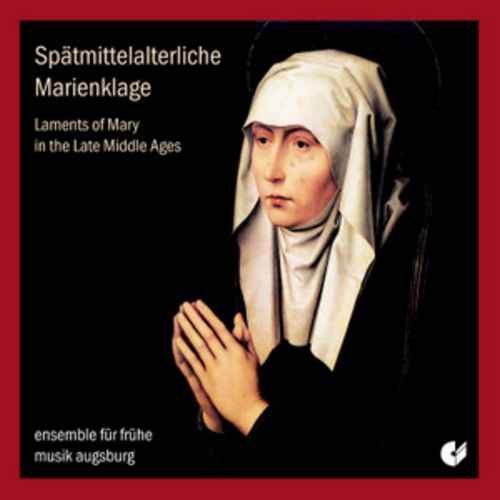 Laments of Mary in the Late Middle Ages

Mönch von Salzburg ( 14th c.):
Von unnser vrawen mitleiden (15th c.)
Planctus Mariae et aliorum in die Parasceven (c 1400)
The grief and mourning of Mary, Mother of God, under the cross of her son has been portrayed in medieval “Laments of Mary” (Planctus Maria) numerous times. These laments – often embedded in one of the great Passion plays – are usually played and sung during Holy Week. The point behind these laments is to arouse the believer’s sympathy for Mary, “Compassio Maria”, by rendering her mourning when she sees her tortured son in such an expressive manner that the believer himself is personally affected as well by Christ’s suffering. As in numerous late medieval portrayals of the Crucifixion, whose origins are closely connected with the Passion plays, the importance here is placed on actually feeling and sympathizing with the man Jesus and His mother and what they suffered through and not on a detached, rather aloof theological contemplation of this suffering as a pathway to resurrection and thus to the salvation of mankind. Essentially, it has to do with momentary scenes of a mother deeply afflicted at seeing her son die.