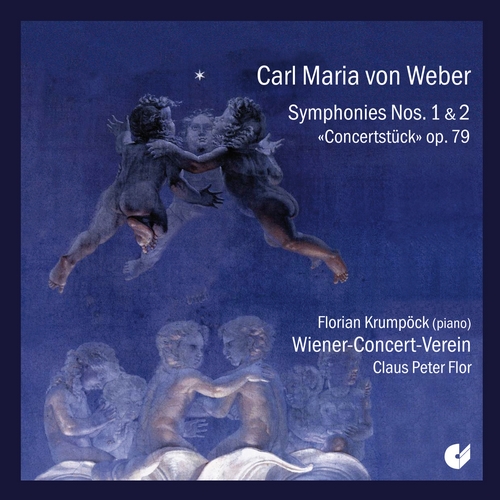 Symphony No. 1 in C-major op. 19 (J.50)
Symphony No. 2 in C-major (J.51)
"Concertstuck" for piano and orchestra op. 79
Carl Maria von Weber wrote his two charming symphonies – the only works in the genre that he composed – in his early 20s in the space of six weeks around New Year 1808. They bear witness to the period of transition from classicism to romanticism, particularly in terms of orchestral colour.

That both should be so neglected is partly down to historical accident: they were composed just four years after Beethoven’s monumental ‘Eroica’ Symphony. So when Weber’s symphonies saw the light of day, overshadowed by the great master, no one took much notice.

There are certainly more mature symphonies than Weber's two youthful essays, but few are as much fun; the second might have been composed by a Haydn in the making. An unmistakably Viennese band, with a rustic oboe as from a bygone VPO era plus horns to match, the Wiener Concert-Verein and Claus-Peter Flor are aided here by a well-integrated recording that puts space around the music.