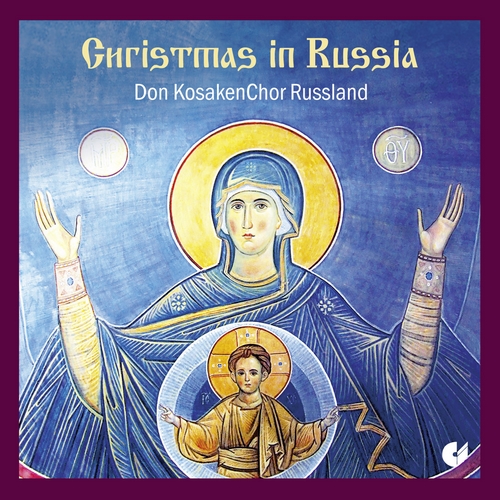 Vasily Zinov'yev, Dmitry Bortnyansky, Mikhail Strokin, Sergey Trubachev, Dobre Khristov, Boris Dodonov, Alexey Kosolapov, Apostol Nikolayev-Strumsky, Valentin Mantulin
Wykonawcy
Don KosakenChor Russland / Marcel Nicolajevich Verhoeff
Introduction to the Great Compline
God is with us
Today the Virgin gives birth
Ode of Symeon
The Six Psalms
Great Litany
God is the Lord and hath appeared unto us - Thy nativity, O Christ our God
Praise the name of the Lord
Megalynarion
From my youth
Gospel Reading
Glory to God in the highest
The Heirmos of the Canon and Small Litany
Great Doxology
Thy nativity, O Christ our God Troparion
Litany of Supplication
Establish, O God
Dismissal
Many Years
Christmas Eve of the Russian Orthodox Church (on January 6th) is traditionally celebrated in the liturgy of the Christmas Vigil (vsenoschnoye bdeniye). This most important event of the evening before Christmas is a service lasting many hours with much singing and with light processions. The Christmas message was also a source of inspiration for many Russian composers. They created music, which celebrated the depth, pathos and emotion of the Christmas story in all its splendour. The present recording contains chants from the Christmas Vigil – one of the most beautiful Masses of the Eastern Orthodox rite – with works by the greatest composers from Russia, Ukraine and Bulgaria.