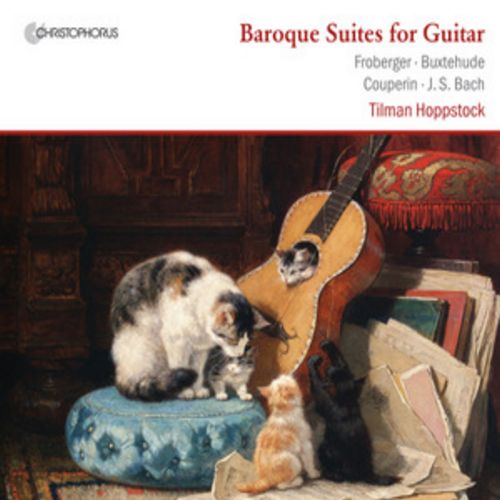 J.S. Bach:
Fantasy & Chromatic FGugue BWV 919/906
All titles are transcriptions for guitar by Tilman Hoppstock. He studied guitar and cello in Darmstadt and Cologne. He has visited over 40 countries on his concert tours as a soloist and with chamber music ensembles. Twenty CDs document his extensive repertoire. In addition to his teaching posts at the Musikhochschule in Mainz (1985-2007) and the Akademie für Tonkunst in Darmstadt (since 1988), he accepted a two-year guest professorship (2004/05) at the University of Pitea (Sweden).

Tilman Hoppstock gives regular master classes and specialist seminars and has followed invitations from institutions such as the Royal Academy in London, the Manhattan School of Music in New York and the University of South California in Los Angeles. His intensive devotion to the music of Bach led to the publication of a much acclaimed musical edition of Bach's works for lute ("Bach, his Lute Works and related versions", PRIM 1750-G). 2010 he published the firstbook of a musicological trilogy about "Bach's Lute Works from the Guitarist's Perspective" (Vol. 1, BWV 995 & 996, PRIM 1750-B1).
Rec.date: 2000/2001