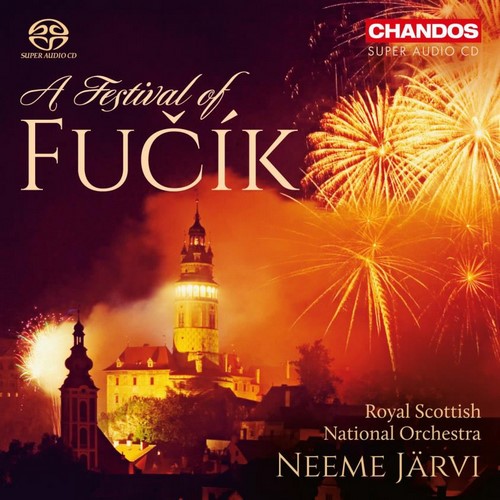 Fucik: A Festival of Fucik

Fučík studied violin in his early years, switching later to the bassoon, with a subsidiary in percussion and timpani. Playing in Austrian regiments, he gained invaluable experience of writing for military band and became a very prolific composer of marches. The most famous of these is of course Entry of the Gladiators, completed in 1899 and performed throughout the world ever since.

Full of energetic, effervescent Bohemian cross-rhythms, tuneful brass melodies (often now associated with a circus atmosphere), but also more lyrical expressions, this album is a festival in itself.