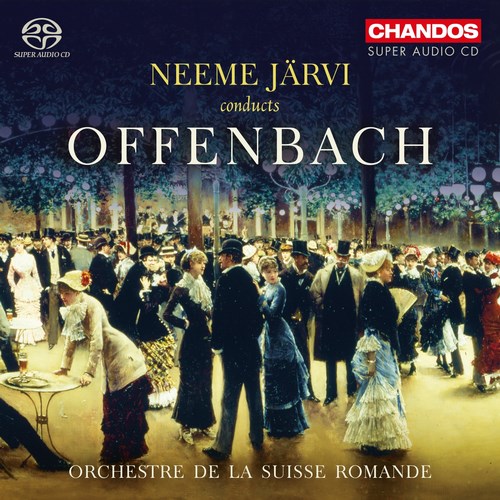 survey of French orchestral works of the nineteenth century – all recorded in Geneva’s historic Victoria Hall. From highly

the vividly tuneful overtures on this SACD recording reveal the captivating imagination of this prolific composer, as well as the

flourishing theatrical life of Paris in his day. Although he was born in Germany, it was for Paris (the Bouffes-Parisiens, Palais-

over 130 years after his death.Neeme Järvi, one of the most recorded living conductors, has championed similar repertoire

with the OSR, such as the finest orchestral works of Chabrier [CHSA 5122] and Massenet [CHSA 5137], to critical acclaim.