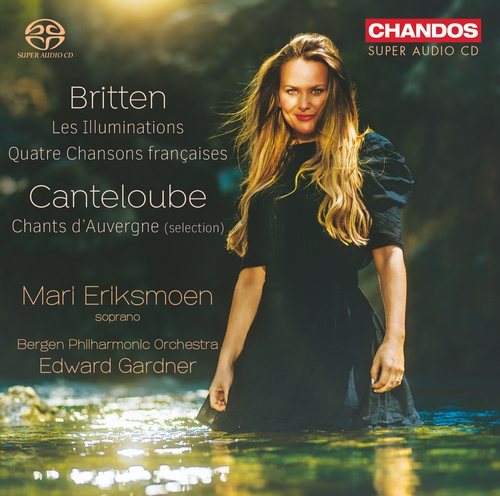 Eriksmoen spent a year studying in Paris, and proves an effective and natural singer in the French language. As she mentions in her programme note: ‘It is highly demanding to sing in French when it is not one’s native tongue, but I have always felt at home when singing in French and nurture an emotional attachment to the French language.’
Recording: Grieghallen, Bergen, Norway; 12 and 13 February 2021 (Les Illuminations) and 21 – 23 June 2021 (other works).