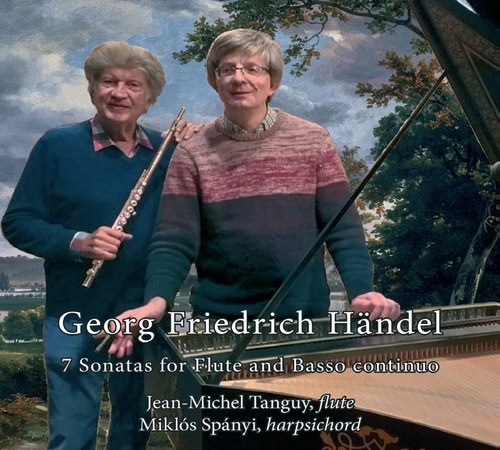 We are lost in conjecture about why Handel became so interested in sonata form over the past two years.

The most likely hypothesis is that at that time the composer was in charge of the musical education of the princesses Anne and Caroline, daughters of George of Hanover, King of England in 1727. One of these princesses, Anne, Handel's favourite pupil, played the harpsichord and showed arrangements to achieve the continuo. The autograph scores of some of these sonatas present an important figure for the basso continuo, which suggests that their composition was coupled with a didactic interest.

These sonatas were published during Handel's lifetime (1730-1731) under the title "SOLO For a GERMAN FLUTE, HOBOY or VIOLIN Whith a Thorough Bass for the HARPSICORD or BASS VIOLIN Composed by Mr Händel" (Sonata for transverse flute, oboe or violin with bass for harpsichord or cello).