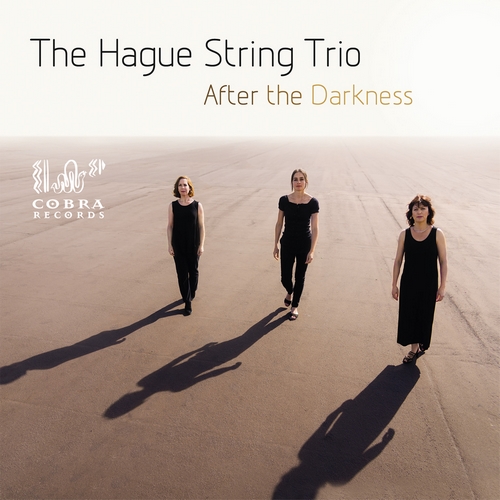 Krasa / Klein / Weinberg: After the Darkness

Mieczysław Weinberg:
String trio, Op. 48
Nearly seventy-five years after the liberation of May 1945, World War II still plays a substantial role in European politics, in our thinking and our actions. We are now at a remove of three generations from World War II and are still discovering new facts, still confronted with new insights, still finding new testimonials from those times. In a certain sense, this CD also belongs to the category of recently discovered testimonials from the dark years between 1933 and 1945. Everywhere freedom of speech was restricted, and not only in Europe. Moreover, several generations of Jewish composers and performing musicians seemed simply to have disappeared. Not until a quarter of a century after the war did people start to ‘discover’, little by little, just how much music had been lost through the war. Yet today, unknown compositions from those years are regularly discovered, and works thought to have been lost are found again.

The music performed on this CD is by composers whose lives were destroyed in World War II by persecution, murder or exile. The title of the CD refers to the book by Auschwitz survivor Elie Wiesel: After the Darkness: Reflections on the Holocaust. The project After the Darkness means a lot to The Hague String Trio. They feel it is a privilege to let the music of these composers be heard, to create a lasting testament so their music will never be forgotten and shall live on After the Darkness.

The Hague String Trio was founded by Justyna Briefjes, Julia Dinerstein and Miriam Kirby in 2006. They came together to share their love for chamber music and have formed a strong bond over their many years as an ensemble. The trio enjoys exploring the extensive string trio repertoire, from treasured masterpieces to lesser known compositions which they feel deserve more recognition. They also work closely with composers such as Robin Holloway, Kerry Woodward, Arne Werkman and Reza Nakisa as well as fellow musicians including oboist Pauline Oostenrijk & pianist Daniël Kramer with whom they play regularly. The Hague String Trio performs throughout the Netherlands, and gives concerts every year in England and Germany, where it has built up devoted followings.
Recording: Renswoude, The Netherlands, July 9-11, 2018