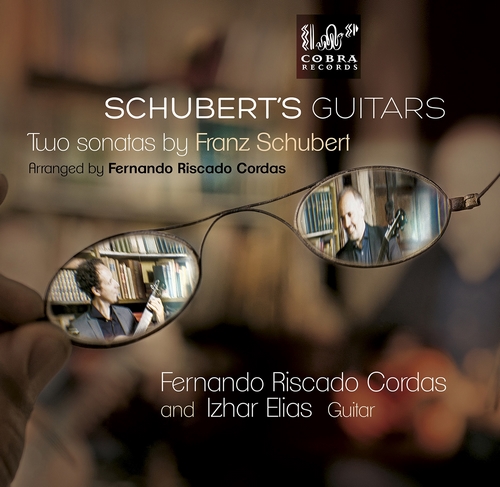 Sonata No. 13 in A major, D 664 (arr. Fernando Riscado Cordas)
Sonata No. 21 (orig.) in Bb major, D 960 (arr. Fernando Riscado Cordas)
The two sonatas on this CD were composed in two periods during which life looked very different for the composer Franz Schubert (1797-1828). The first, the Piano Sonata in A major, D 664 was written while on a long trip during the summer of 1819, when he exchanged the busy and polluted streets of Vienna for the beauties of nature in northern Austria. The second, the Piano Sonata in Bb major, D 960, his last piano sonata, was composed almost ten years later in 1828. By this time, he was at last enjoying increasing fame as a composer, but his health had deteriorated so much that he did not survive to enjoy this success for long.

Schubert himself owned guitars made by the two best Viennese luthiers: Johann Georg Stauffer and Bernard Enzensperger. His Stauffer was an early example which, in terms of construction, dated back to just before the innovations that made this maker famous. Schubert’s Enzensperger guitar already had some of those innovations, and it is an extra special feature of this recording that both Fernando and Izhar play on original Enzensperger guitars. These guitars were built between 1830 and 1834, so not many years after Schubert’s death. The guitar was a very popular instrument during the three decades that Schubert lived. It was played by people from all walks of life, and was certainly used regularly in the musical salons in which Schubert himself took part.