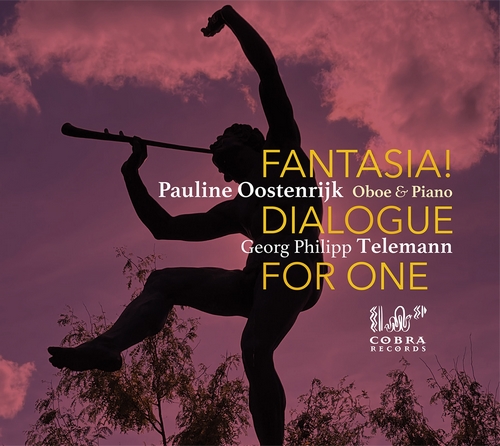 Telemann: Fantasia! Dialogue for one

Pauline takes this idea further in the CD booklet, with ‘dialogues for one person’ in the form of letters she wrote to deceased souls. She addresses souls without whom, in her words, ‘this CD would never have sounded the way it does’. The last track of the CD contains a Postludium In Memoriam for oboe, created by Pauline on the basis of themes and motifs from Telemann’s Fantasias for piano. “A tribute,” she writes, “to the departed souls I miss and with whom I regularly have ‘dialogues for one person’.”

In Fantasia! Dialogue for One, Pauline Oostenrijk once again uses her versatility, resulting in an even more personal document than the previous CD.