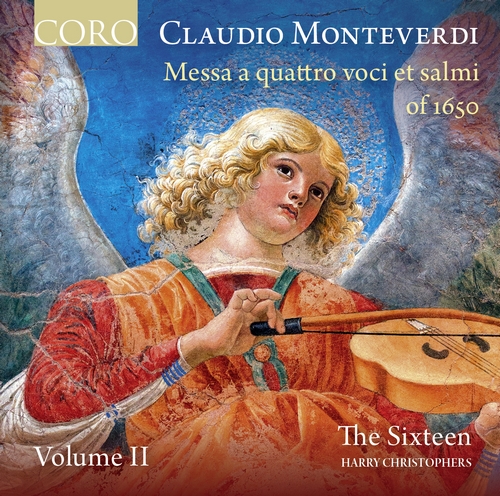 Alessandro Piccinini:
Ciaccona in G major
Monteverdi’s sacred vocal compositions introduced the expression of powerful and personal emotions to the world of church music. Whilst it took him a number of years to find fulfilment in his work, Monteverdi was a revered composer within his lifetime and his music is regarded as revolutionary, marking the change from the Renaissance style to that of the Baroque. This album includes some of the finest works from Monteverdi’s years as director of music at St Mark’s in Venice, published posthumously in 1650 as the Messa a quattro voci et salmi.

Volume I of the Messa a quattro voci et salmi of 1650 is also available on CORO alongside recordings of Monteverdi’s Vespers of 1610 and the Selva morale e spirituale.
Recorded at Church of St Augustine, Kilburn, London, 5-12 November 2015