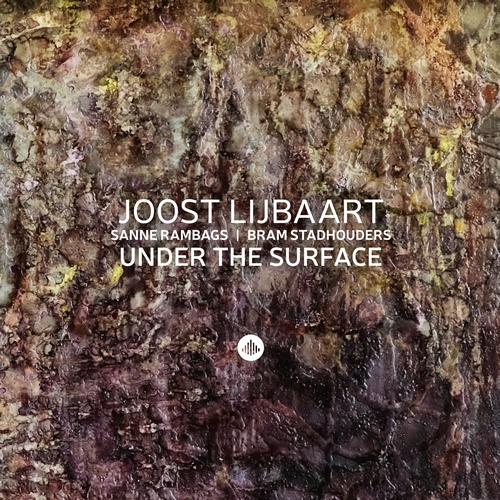 Silent Conversation
Above
Dream Cave
Adem
Together
Kyrie
After Silence
Under the Surface
Sibylla
Going Native
Before
'What would happen to our mind if we create something out of thin air?'' That question popped up more and more frequently in the mind of drummer Joost Lijbaart. Being a jazz musician he is used to improvisation within the structure of tune and melody, but he wanted to let go of those boundaries and improvise spontaneously. Lijbaart: ''I performed with Bram and Sanne before on some occasions. After a couple of sessions and concerts together the idea of a fully improvised album became a logical next step because we had so much in common. The blend of Sanne's voice in combination with guitar and drums feels very natural. The lyrics, her whispering, talking and singing are so nigh the human body that it creates a prime vulnerability which makes the music open and accessible. Bram Stadhouders is one of the most creative musicians I know. His presence, both as a soloist or an accompanist plus his profusion of sounds renders all three of us the sensation that we are able to fly.