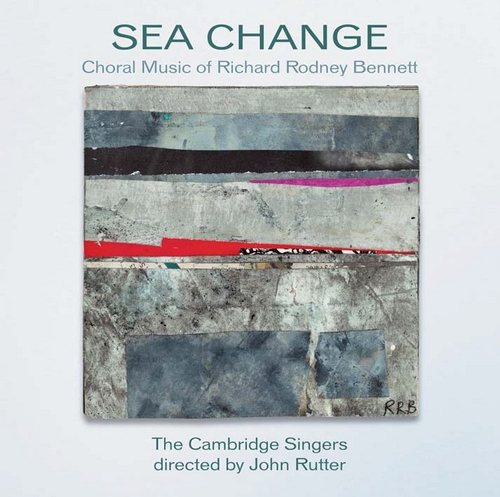 Collegium - CSCD 521
Kompozytor
Richard Rodney Bennett (ur. 1936)
Wykonawcy
The Cambridge Singers / John Rutter
Sir Richard Rodney Bennett’s musical career was so many-sided and prodigious in different genres concert music, opera, ballet, jazz, and film music that it is easy to overlook the importance and quality of his choral music. Astonishingly, the present album was the first recorded survey, inevitably only partial, of an outstandingly varied, imaginative and attractive body of work spanning a period of almost forty years.

Born in Kent in 1936 to a writer father and a composer mother, Bennett’s precocious gifts as composer and pianist were quickly recognized, leading to a scholarship at the Royal Academy of Music in London and private study with Pierre Boulez in Paris. His was a remarkable generation of British composers, including Birtwistle, Maxwell Davies, Goehr and (by adoption) Williamson, but, like Les Six, they are often misleadingly grouped together despite being very different. Bennett was always possessed of a gift for heart-melting, memorable and quintessentially English melody which found little outlet in 1960s serialism and an instinctive lyric responsiveness to English poetry (ditto). Perhaps fortunately for the world of choral music, he rather uniquely managed to maintain parallel styles for different genres throughout his career (as did Bach): even when his concert music was serial, his choral pieces were always tonal and tuneful.

To understand the roots of all this, we must look back a decade earlier than the turbulent and much-discussed 1960s. 1953, the year Bennett entered the Royal Academy of Music, was Coronation year, the dawn of the new Elizabethan age. Britons saw in their young queen a reflection of the first Elizabeth, in whose reign the courtly arts of poetry and music so notably flourished. It was hoped that a new golden age was on the way, with latter-day Shakespeares, Byrds and Dowlands to add lustre to a drab post-war nation. The 1951 Festival of Britain heralded a brief period when the ‘high’ arts were widely encouraged in education; after the horrors of World War II many felt that the greatness of a civilization lay as much in its poets as in its politicians a view doubtless fostered at Leighton Park, the Quaker school which Bennett attended as a teenager. Poetry always mattered intensely to Bennett, and in his choral writing we find him setting some of the very greatest Shakespeare, Donne, Marvell and Spenser alongside slighter but exquisite lyrics by such poets as Herrick, Quarles and the medieval ‘anon’s. As with so many English composers, poetry was the mainspring of Bennett’s vocal and choral music, placing it in a long and honourable tradition from Dunstable to Britten and beyond. Bennett was a successful, formidably skilled cosmopolitan and a master of many styles and sounds yet, despite having made New York his home in 1979, he never forgot his national roots.

What made him so quintessentially English, and so instantly recognizable, a composer? Two traits: his profound sense of poetry, in the broadest sense . . . and, allied to this, a quality of melodic wistfulness, tinged with yearning for a lost golden age (you can hear it in the cello writing of A Farewell to Arms) which, without being explicitly sad, brings a tear to the eye. Once confined to his choral and film music, these Bennett fingerprints became apparent all over his later work. Anthony Burton wrote of his final phase: ‘Bennett seems confident and relaxed enough to have settled into a freely tonal idiom . . . this is clearly the music he wants to write now’. Parallel lines can converge.