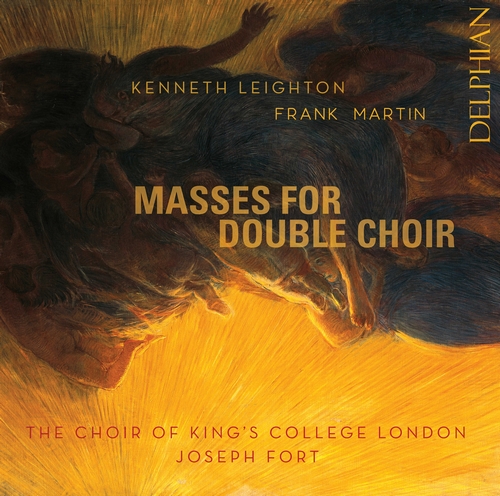 Mass, Op. 44
Mass for Double Choir
Postlude pour l'Office des Complies, AWV 13
In the 1920s Frank Martin, a Swiss Calvinist by upbringing, created a radiant Latin setting of the Mass for double choir, only to return it to the bottom drawer, considering it to be ‘a matter between God and myself’. It was finally released for performance forty years later, around the same time that the Edinburghbased composer Kenneth Leighton made his own double-choir setting – a work with moments of striking stillness, delightful to choral singers and yet rarely recorded. Contrasts and comparisons abound at every point in this fascinating pairing of Masses from the supposedly godless twentieth century, and are brought out to the full by The Choir of King’s College London’s impassioned performances. A short organ postlude by the teenage Jehan Alain, written on retreat in a monastery in 1930, follows like a voluntary concluding the liturgy.
Recording: King's College London, 18-20 April 2018