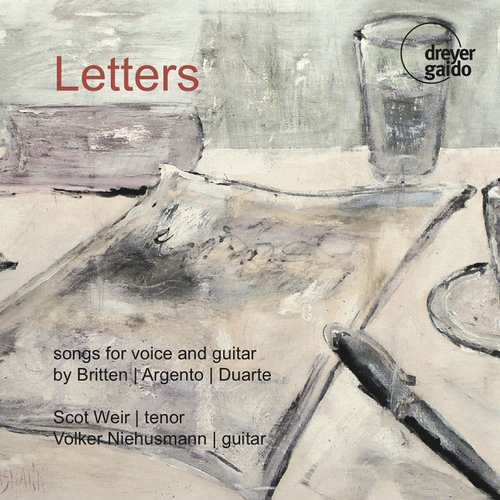 Dreyer Gaido - DGCD 21078
Kompozytor
Benjamin Britten (1913-1976)
Dominick Argento (ur. 1927)
John Duarte (1919)
Wykonawcy
Scot Weir, tenor
Volker Niehusmann, guitar
This production of two of Benjamin Britten's most important song cycles for guitar and voice, as well as his Folksong Arrangements and the Songs from the Chinese, is being released on the occasion of his 100th birthday. Britten wrote all these works for his long-time partner, Peter Pears, and the exceptionally talented guitarist Julian Bream. The works are amongst the most important compositions of the 20th Century for the combination voice/guitar and can be heard here in a superb interpretation on this recording.