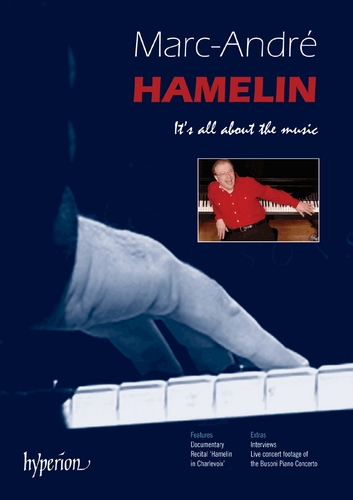 It’s all about the music - Hamelin Recital

'The piano/recorded sound is ravishing, the performances inspired. For those who only know the French-Canadian virtuoso from his recordings, I urge you to witness with what extreme economy and concentration such supreme artistry is achieved... This is Hyperion's first venture into the DVD market. Let's hope there will be many more' (Gramophone)
Recording details: January 2005; Various, United Kingdom; Produced by Robert Chesterman; Engineered by Robert Chesterman; Release date: November 2006;