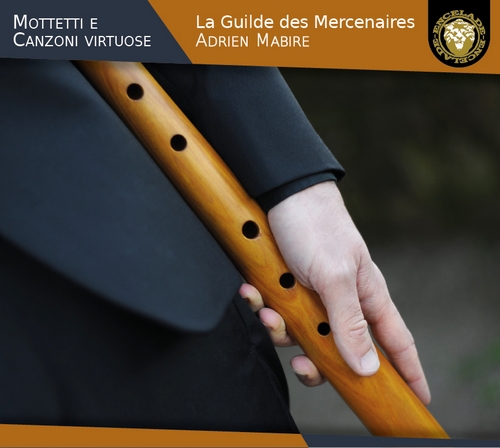 Right from the early stages of the project, I was convinced that we needed to record a large organ. Music in Renaissance Italy should be seen as primarily functional and, in the vast majority of cases, performed in chapel, whereas chamber music was to see its own musical language develop over the course of the 18th century. So we need to remember that the sound produced by the musicians was wide and spacious, because it had to be heard throughout the sacred building, especially in places such as San Marco in Venice or San Petronio in Bologna. Logically enough, these organs were usually accompanied by instruments capable of playing at considerable volume and, indeed, the French term “hauts instruments” (literally "high instruments”) was later to become common parlance in the musical world. Reeds and other wind instruments that genuinely can make themselves heard without having to struggle against the acoustics, and can hold their own even when the organ is playing at maximum volume, were dominant at the time. As a result of its velocity - which is the equal of the violin, only with far great sonic power - the cornett was the main instrument used in Italian music of the 1600s, and I wanted to put together a programme which would be consistent with this idea. I knew that the music we would produce with this team would be dynamic and powerful, but also totally committed. Then I looked for the right location and instrument for the Guilde to use for this recording.

We chose the appropriate layout and instrumentation for each work - having a score that does not specifically state which instruments should play the parts allows us a wide range of sounds and a great deal of freedom of choice.

I hope that this recording proves that a “large organ” can accompany instrumentalists and singers performing this 17th century Italian music, and that there is enormous potential for combining them remaining to be ex-plored. There must be no constraints as far as the registration of the organ is concerned - it is perfectly possible to make definite choices which may initially seem too imposing. Of course, this means that the team of musicians need also to be ready to produce wide, dense sounds.