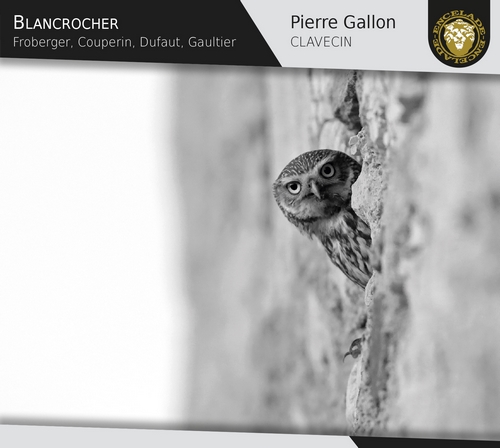 We know relatively little about his life - merely that he became friends with the harpsichordist Johann Jacob Froberger (1616-1667)… and then that he died in rather comical circumstances, falling down his own stairs in the aforesaid Mr Froberger’s presence. Finally, he has left us a single piece, for the lute - “L’Offrande” (The Offering), which is to be found in two major sources from the period.

When Blancrocher died no fewer than four composers each wrote a “tombeau” - a tribute piece - in memory of the lutenist. Froberger and Louis Couperin’s pieces were written for the harpsichord, whereas Dufaut and Denis Gaultier’s were for the lute. Although fairly different, all four are wonderful; indeed each of them is a major piece in its composer’s body of work, so the idea is to bring these four tombeaux together on record for the first time. They are the four cornerstones upon which the programme as a whole rests, and then laid out around them there will be various other pieces which are formally more conventional (preludes, dance suites, fantasias, etc.) composed by the same four composers in Paris in the 1650s.

Although Couperin and Froberger both composed for the harpsichord, Gaultier and Dufaut were both lutenists, and so Pierre Gallon has transcribed their pieces on the record for the harpsichord, as people might have done at the time. Finally, the programme comes full circle by - quite literally - inviting Mr de Blancrocher to attend his own tribute, as the lutenist Diego Salamanca (Correspondances, Pygmalion, Les Arts Florissants, etc.) performs Blancrocher’s Allemande.