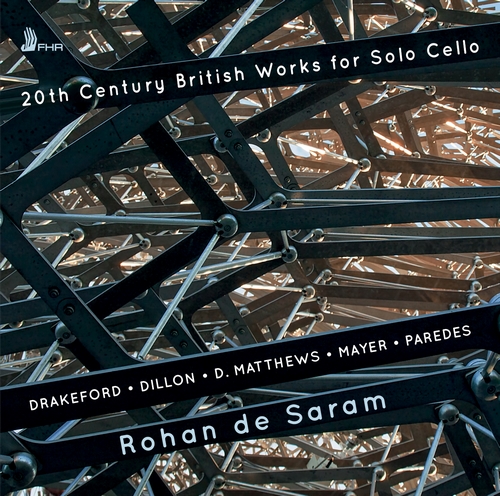 John Mayer:
Sannyasin
The present collection follows on from an earlier release [FHR49] and is devoted to works that were written for and were premiered by Rohan de Saram, his championing of new and unfamiliar music having been a hallmark of a career which now stretches back across six decades. A repertoire that is as extensive as it is varied in overall range, encompassing as this does many of those stylistic traits that have emerged during the post-war era and which here eschew the mutual exclusiveness that has too often proved an obstacle to the reception of contemporary music. A vindication, if such were necessary, of Rohan de Saram’s advocacy.
Recorded at Mary Magdalene Chruch, Willen, Milton Keynes, UK, 17 June 2015 (Tr. 7), 24 November 2015 (Tr. 1-5 & 8) and 1 December 2015 (Tr. 6 & 9-12).