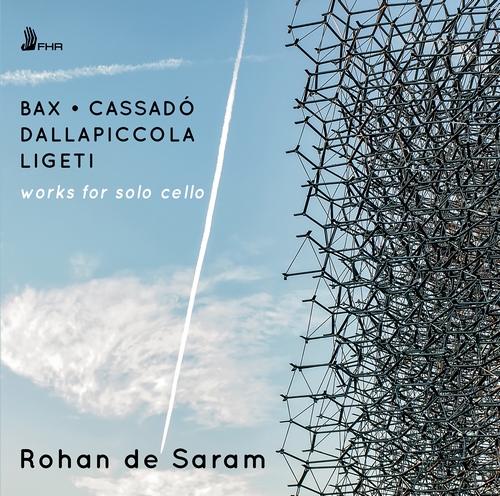 Gaspar Cassado:
Suite for Solo Cello
The present album features four works which have come to the forefront of repertoire for solo cello from the modern era. Arnold Bax’s Rhapsodic Ballad is his only solo piece for this instrument. It is dramtic, inventive and full of atmosphere. Likely the most often performed of his earlier works, Ligeti’s Sonata for Solo Cello has for over a decade been used as a test piece for the Rostropovich Competition in Paris. Dallapiccola’s composition was written for the Spanish cellist Gaspar Cassadó. It is a substantial, powerful work, and an early serial composition of the composer, full of colourful effects and humour.