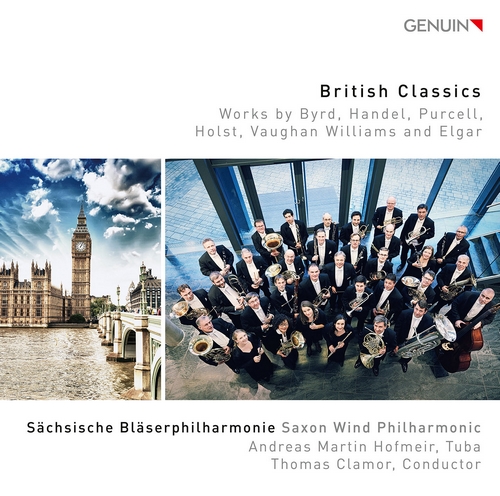 The Saxon Wind Philharmonic presents music that appeals directly to the heart on its new CD: English works from early baroque to classical modernism. The only classical orchestra in Germany to perform exclusively in symphonic wind instrumentation is supported by the world-class tubaist and ECHO Classic prizewinner Andreas Martin Hofmeir. The musicians, headed by Chief Conductor Thomas Clamor, have already released several CDs with national classics, including music from France, the USA, and Russia. The unique English hues, the proximity to folk music, and the connection to tradition can be found on the new CD in the works of William Byrd and Henry Purcell as well as in the music of Gustav Holst and Edward Elgar. And the exceptional artist Andreas Martin Hofmeir plays Ralph Vaughan-Williams' Tuba Concerto with incomparable ease.