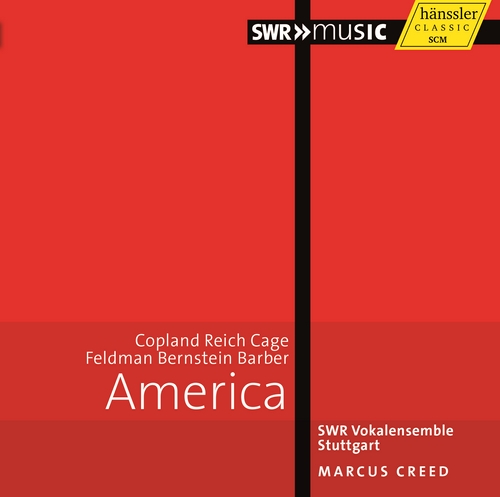 SAMUEL BARBER (1910–1981):
A Stopwatch and an Ordnance Map
The SWR Vokalensemble Stuttgart is one of the few choirs enjoying an international reputation. Their latest recording has “America” as its subject - and presents a tremendously wide range of forms and expressions, from music written under the influence of European masters to works that boldly explore experiments in aesthetic reorientation. The big names of the U.S. composers are of course represented, including Leonard Bernstein with his single a cappella work, the “Missa Brevis”, Steve Reich with his minimalist “Proverb” and John Cage with some of his late “Number Pieces”. Everything is presented at the highest artistic level, with ravishing sonics that cannot be beat.